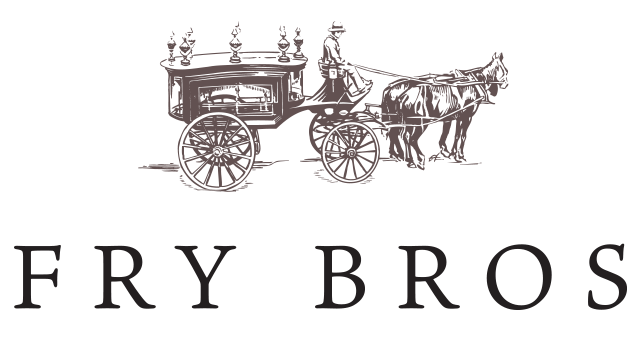 Lindsay was born in Maitland on 8 January 1931 to Bert and Marie Fry. He was the youngest of four children.

Lindsay was educated at Maitland Boys High where he developed many lifelong friends. He excelled at sport and was in the school boy’s rugby league team that won the University Shield in 1947. He swam at the state level for many years. His favourite style being backstroke.

After school, he joined Fry Bros at the age of seventeen working alongside his father, Bert. For many years he enjoyed the fellowship and community spirit of Apex and Rotary.

Lindsay’s son Bill said “Dad had a calming influence in times of immense grief and sadness. He had an even disposition and was there to support families rather than tell them what they should or shouldn’t do. He allowed families to express themselves in a way that was important to them.”

He was a listener rather than a director.

Bill also described his father as a wonderful caring man who instilled good values in his family. "When it came to child rearing, Dad expected us to come up with the answers ourselves. He never took a short-term approach to anything, he was a quality man and he empowered us to make our own decisions."

He had a love of Maitland’s history and the local community.

“He was a true gentleman who enjoyed the simple things in life. He loved nothing more than family gatherings. Lindsay was not only a father to his family, he was a workmate and friend,” said his son Tony.

He was at peace with his life and often remarked, “It doesn’t get much better than this!”

He passed away at home with his wife, Mary, by his side. He is survived by Mary, his four sons, eleven grandchildren and two great-grandchildren. He will be fondly remembered by the local community.

His funeral was held on Tuesday, 30 July 2013 at the Maitland Uniting Church.

Over many years, Lindsay has been a role model for his son Tony in the running of Fry Bros. Tony and his wife Margaret honour Lindsay’s legacy and are proud to continue the family tradition.

Lindsay was delighted to witness the sixth generation becoming involved and is an inspiration to his granddaughters — the Fry Sisters: Annabelle, Dominique, Odette and Genevieve.